According to the Boynton Beach Police Department, no criminal charges will be filed against the family of the four-year-old boy found wandering alone at 2:30 a.m. Wednesday morning. The child was found by the Clipper Cove apartment complex near Congress Avenue and Boynton Beach Boulevard. Police say they “knocked on every door,” but could not find where the boy lives.

The boy, identified as Nassir, was taken to safety while police asked for the public’s help and began searching for ways to locate his family. Local news and media outlets posted photos of the child and a reverse 9-1-1 call was scheduled to go out to local residents, but a family member of the boy recognized his photo and called authorities.

Sometime after 6:00 a.m. relatives of Nassir came to retrieve the child. The Department of Children and Families was notified and assisting the police. Initially, the family members were not able to take the boy home. The police kept the boy in custody until they completed their investigation.

Shortly after the family visit, the Boynton Beach Police Department released a statement reporting that no neglect was found in the child’s home. They also called for all parents to place a chain-lock on the top of their front doors to help prevent young children from wandering out at night.

Here is the entire statement: 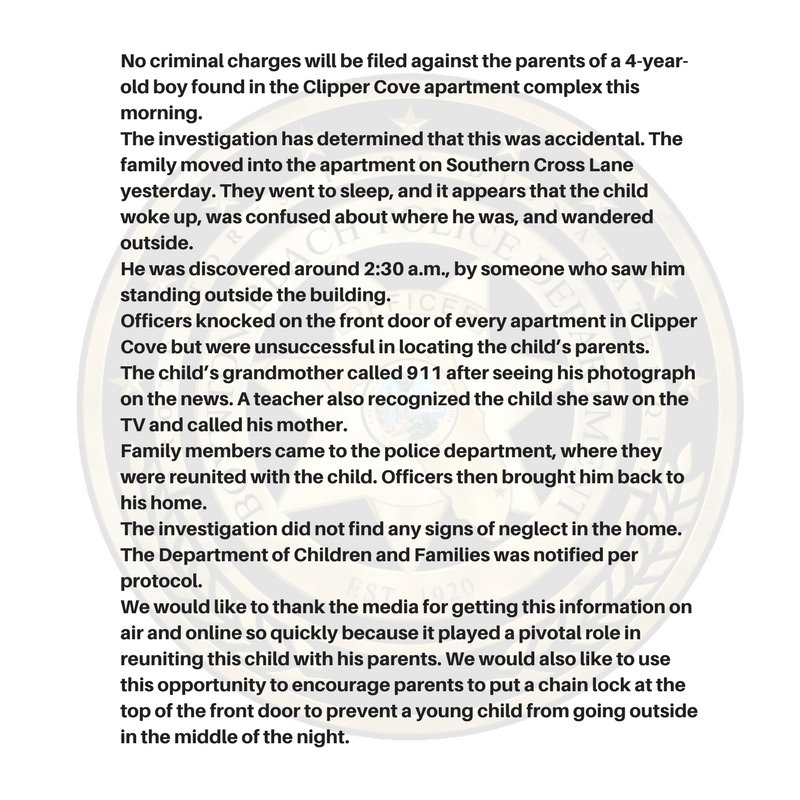 This site uses Akismet to reduce spam. Learn how your comment data is processed.

ABOUT US
South Florida News 11 is a local news organization focused on delivering community news, sports, weather, politics, as well as social media interactions on all of our news reporting.
Contact us: news@southfloridanews11.com
FOLLOW US
© Copyright 2020 South Florida News 11 | All Rights Reserved